Two young lovers change their lives drastically after the 1968 revolt, leading to choices that move them in different directions.

This lengthy and thoughtful film is one of the best French films of recent years. It begins in May, 1968, during the student riots at the Sorbonne in Paris, and ends in 2008. The characters at the start of the story are all students together who are passionate participants in the student revolt which caused such a shock to France that it resulted in most of the Sorbonne students being moved in subsequent years from the centre of Paris to outlying areas, to prevent such political riots ever happening again. (Hence the 5th and 6th arrondisements, stripped of most of their student population, have today become gentrified and expensive, and most of the former scruffy student cafes such as Café Mabillon have been turned into trendy restaurants for tourists.) The students are so intent upon rebelling against capitalist society that they agree to leave Paris, abandon a society which they reject both politically and socially, and set up a commune in an abandoned farmhouse in the countryside of the Lot, near Figeac. The lead role in this film is Catherine, played by the mysterious and beautiful Laetitia Casta, whose performance is one of such powerful and quiet subtlety that she steals all scenes without even trying. She appeared this same year in the wonderful film THE MAIDEN AND THE WOLVES (LA JEUNE FILLE ET LES LOUPS, 2008, see my review), and in 2012 she appeared in ARBITRAGE with Richard Gere. This film is based on an idea by Guillaume Le Touze, who was also one of the four writers, two of whom were also the co-directors, Jacques Martineau and Olivier Ducastel. Previously, this duo co-directed four other films including COCKLES AND MUSCLES (2005), and they have co-directed three more films since. The direction of this film is marvellous, and there is not a single dull scene or bad shot. The cast is uniformly excellent. The story is based upon the communard students who become hippies, and it traces their lives and the lives of their children over four decades in a fascinating and compelling human epic saga which is at the same time a social history of the alienated left in French society over those years. Several of them drop out of the commune and abandon ‘the cause’. But the strongest one of them all, who never compromises, is Catherine. She is one of the quietest of the group, but she is their ‘rock’. The film is a fascinating psychological study of a large number of individuals who differ in so many ways, and who are bound together only by a shared ideology of rejection of everything that is conventional. Many harrowing events and tragedies occur, such as Catherine’s son and his boyfriend contracting AIDS, one of the group commits murder and goes to prison, another is killed by mistake by some policemen who think he is a criminal on the run. Another of the hippies turns out to be a thief and a fraudster who steals all the money of the rest of them. There are numerous wild scenes of a sexual nature, as the hippies believe in putting free love into practice when they are all sleeping in the same large room together. For those of us who remember the real hippie era, I would say the hippies in this film are too clean and too glamorous, as the real hippies of yesteryear were incredibly scruffy and scraggly and unimpressive. The struggles of these hippies to come to psychological terms with their sexual partners leaping into the adjoining bed with someone else, and of refusing to face up to jealousy while watching someone they love having sex with another person right in front of them are given great attention. Because they all believe in ‘not possessing’ a partner, they are forced to accept non-stop orgies as being ‘ideal’. We see only one example of a girl refusing to sleep with a boy, and her reason is that she does not like him. But this is looked upon with disapproval by the group. Whether human nature is suited to indiscriminate group sexual coupling is examined here at some length. It mostly leads to tragedy and desolation. But then, some people have to learn by experience that not all theories work out in practice. After forty years, many hard truths are faced by the characters, and the film is to a large extent an exercise in taking stock of an attempt by a group of people to live their lives exclusively according to social and political theories, and whether that works or not. The answer is no. 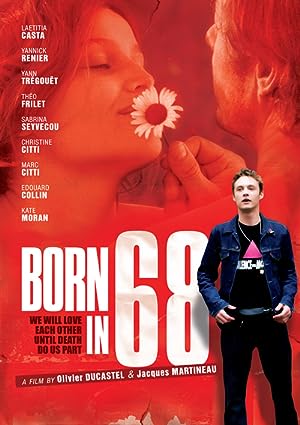