Love In Thoughts 2004 with English Subtitles

A posthumous look at the last days of Guenther’s life as he, his best friend, and his sister let loose on a four-day binge of alcohol, drugs, and sex.

I saw this film recently at the Stockholm International Film Festival of 2004. More of a coincidence than deliberately i might add, since the premises of the film did not really seem to suit me. But being a sucker for German films (also always wanting to test my failing German language skills) i decided to give it a try, and i’m quite happy that i did.

Set in the decadent days of 1920’s (or maybe 1930’s?) Berlin, this is a story of world-weary rich teens looking for new kicks to make their life interesting. The two friends Günther and Paul go out one weekend to Günthers family’s summer house, for partying and drinking. Troubled love is involved and soon things spiral out of control.

I did enjoy this film quite a lot. I’m sure the slow pace will put some people off, but i had no problem with it. I found the actors to be the films most prominent strength, many of them managed great performances. Also i found the lack of sex and nudity (in a film revolving mostly around love and sex) to be liberating. It never feels like exploitation.

The one thing that put me down a bit is that i don’t really know what the film-makers wanted to say with this. We get a view of events happening, but where is the point of all these events? Perhaps that is for us to find out, but i still feel i would have liked some sort of closure. This is a small point though, and probably also something that won’t bother most viewers. So i’m confident in recommending this to anyone interested in this kind of film. It’s a nice period piece, and well worth watching if you are not put off by the somewhat slow pace. 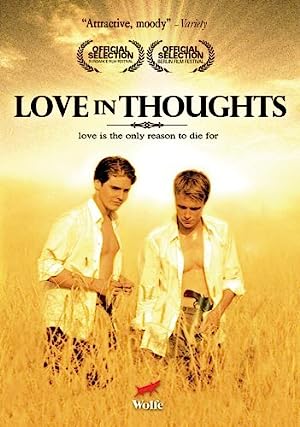