John and Nicholas are 15 years old and best friends. They are both very interested in girls but feel insecure when it comes to a first sexual encounter with a woman. That’s why they decide that they will get some ‘practice’ on each other…

“Boygame” is a 15-minute short film from Sweden and this one is actually still relatively new, was made back in 2013. The writer and director is Anna Nolskog and the cast are all Swedish actors. This is the story of two teenage boys who are about to get their first sexual experiences with females. However, being best friends, they both realize that they are entirely inexperienced and will look like fools when it comes to getting sexual with the possibly more experienced females. So far so good, but then the film gets absolutely stupid. The boys start making out with each other and practice on each other in order to get at least some experience and training for the “real” event. This is what happens in film when the writing is pretty bad. this is not what happens in real life. This is not how it works at all. Boys don’t do stuff like that, and especially not stuff that is really deep under the surface. That’s why this film does not make any sense to me at all. Major thumbs-down and it shows that this was made by a female. 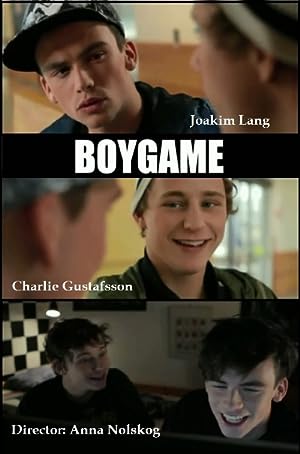 Be the first to review “Boygame 2013” Cancel reply