Returned home to his long-estranged mother upon a request from her deathbed, a man raised by his parents in an orphanage has to confront the childhood memories that have long haunted him.

This is one of those films that’s more interesting to watch from an academic perspective than from an entertainment perspective. I do my ratings based on how much I enjoyed or was entertained by the movie, so I’m giving it a 4. If I were to rate it as an academic film, though, it would get a 10.

It is shot in a very interesting manner, like a pseudo-silent film with elements of sound effect and reality. It’s meant to convey disjointed memory and fragmentation of the mind, and it is interesting in these respects.

However, the film has a lot of disgusting elements to it that I didn’t find all that entertaining. They’re mainly just disturbing. It has some very interesting imagery too, and some interesting concepts, but some of the character relationships (especially between the mother and son) are pretty disturbing.

In all, this film will either appeal to you or it won’t. For me, it was interesting from an academic perspective, but it wasn’t a good watch, and I’ll probably not go back to it a second time.

4/10 if you’re looking for entertainment. 10/10 from an academic standpoint. 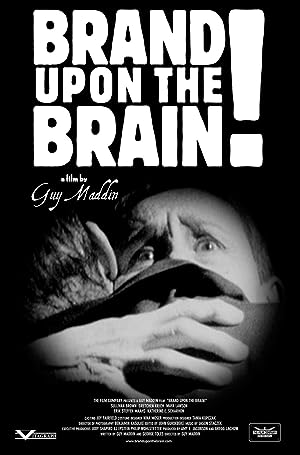 Brand Upon the Brain! (2006)
95 min|Comedy, Drama, Fantasy, Romance, Sci-Fi|24 Sep 2008
7.4Rating: 7.4 / 10 from 3,174 users
Returned home to his long-estranged mother upon a request from her deathbed, a man raised by his parents in an orphanage has to confront the childhood memories that have long haunted him.
Director: Guy Maddin
Creator: Guy Maddin, Louis Negin (narration), George Toles
Actors: Gretchen Krich, Sullivan Brown, Maya Lawson, Katherine E. Scharhon