When a video of Toby being brutally humiliated at school appears on the Internet, Toby’s high school and parents take action. However, with an overbearing father and a willfully unaware mother, Toby soon learns that his demons are not just in the classroom.

“Bully” wants the present coming of age postage and also captures some of the inner bubbles that rumble in the head of beautiful 14-year-old Toby. But the short film also shows early signs of an insatiably polished storytelling that echoes all the way out of the game, and thus the film experience unfortunately slides on the surface.

In the close-up of Richard Meehan’s deep brown teenage eyes, short meetings with the sincerity and pain of the facade arise, but the somewhat elderly parenting drama does not have the necessary edge to contribute much more than the involuntary comic.

The actual school debut is also keenly told – and the end of the film looks like most of all the time-written debates for school lessons about how a last-minute mob victim chooses it after all, less fatal violence.

Richard Meehan delivers a pretty good performance as her mother-in-law’s very young American dream. Music is a bit abundant, as a luster for it already polished. 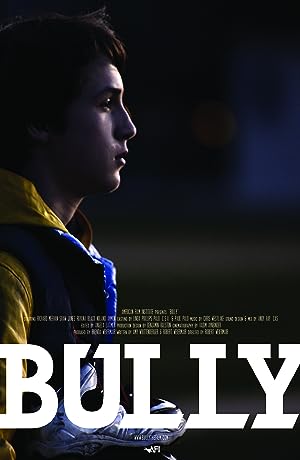 Be the first to review “Bully 2013” Cancel reply