15-year old Davey Younger is sent to Glenavon care home for boys in Wales where he is subjected to sexual abuse by two of the staff and a visiting magistrate. The adult Davey, married with children, is approached by television journalist Elaine Hughes after sympathetic councillor Tony Collins has ordered an investigation into the historic abuse but Davey is reluctant to dig up the past that he has kept from his wife. Arrests are made but Davey is convinced that any allegations against the magistrate will not be believed. However he agrees to testify against him in court, though the result is not to everybody’s advantage.

For the past few years, stories of child-abuse within childrens homes has been in the news throughout England and Wales.

This story concerns Davey Younger, a mischevious lad who’s put in care for a tad of trouble-making, and is subjected to unspeakable horrors by the people who are supposed to be looking after him. Davey finds that everyone that he turns to simply doesn’t want to know or simply doesn’t care. Even the suicide of his friend John isn’t enough to cause an investigation.

Then, we see Davey as a grown man, trying to forge a relationship with single-mum Pauline and her three children. He seems normal to the outside world, and even to Pauline, but when the story breaks in the news, Davey begins to crack.

Steven Mackintosh deals with his role as Davey wonderfully, portraying him as the mixed up, confused person that he is. This film is excrutiating to watch and the ending is unbearable. However, director Antonia Bird deals with both the subject and the film extremely well (just as she did in Priest(1994)) and presents a wonderful film for those who can actually bear to watch it. 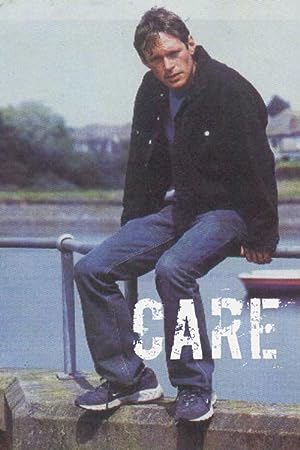