August 6, 1956 during the military dictatorship of Rojas Pinilla. Explosions in central Cali military convoy destroy much of the traditional buildings of the city and exposing the roots of some houses which for years had kept the secret stories of its inhabitants: Proprietary notable families of Manors sugar mills and surrounding. One such family is visited by a girl, who has lived for years in the U.S., and is half sister of our young protagonist. It is knowledge, dig into the past of the family¸ attracted to each other¸ and are immersed in a delirium in which they appear as mythical ancestors who also starred in stories of incest and violence.

An extremely interesting film about La Violencia in Colombia which captures the strange social and political heterogeneity of this dark set of events. Mayolo developed his own aesthetic – partly in collaboration with filmmaker Luis Ospina and the late Andrés Caicedo – ‘el gótico tropical’ in order to convey this strangeness. The film combines local Colombian myths – caspi, la madremonte, el hojarasquin del monte – with themes of vampirism and incest to convey the place of La Violencia within a repetitive and cyclical history characterised by interpartisan conflicts that benefit the empowerment of the Colombian aristocracy. Opening with a series of cross-cuts showing, alternately, a dying grandmother, and a group of graverobbbers in the countryside of the Cauca region, the film (as suggested by these images) delves deep into the ‘other scene’ of political life and into the dark quasi- supernatural forces driving it. Whether Mayolo’s ‘tropical Gothic’ works is another matter, and whether it is Gothic or indeed baroque is a question that the spectator might wish to ask him/herself. Some of the performances are strong (particularly Mayolo’s own cameo as the family chauffeur-cum ‘pájaro’), others, however, are fairly weak – in particular that of Andrés Alfonso and Enrique, the Communist uncle, whose performances waver between the wooden and the melodramatic. The whirring, moaning soundtrack nicely conveys the sense of historical repetition. 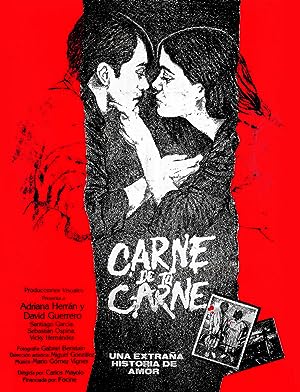