Tears of April 2008 with English Subtitles

There is civil war in Finland. Between whites vs reds. A woman soldier of reds is captured by the whites. She is ordered to be executed.

Taking place in the Finlands civil war, “whites vs reds”, a woman soldier of reds is captured by the whites. She is ordered to be executed, but saved by an idealistic soldier. Together they begin a journey to face the field court, which becomes the main stage for the drama.

All the acting is done with care. Main characters played by Vauramo and Viitala are easy to relate to. Eero Aho is also quite impressive in the role of judge Hallenberg, a talented writer whose ideology is ruined by the war. Judge Hallenberg is easy to see as the most interesting character in the movie, its up to viewer to decide if hes good or bad. Also a side role of sergeant-major played by Mikko Kouki is worth mentioning for. He seems to be just the right person to play this character representing absolute moral decay of war.

As Im not the biggest fan of finnish movies I was not expecting much but Käsky (translation:order) really impressed me. Director Aku Louhimiehi is one of the top directors in finnish movie and I’d say Käsky might really be his best work. The overall mood in the movie is a bit tense, usually dramatic piano and string music playing. Great filming and good nature shots make it exceptionally beautiful. The script has just the right twist to keep the viewer entertained. I really enjoyed Käsky for the philosophical side of it, thought some of the viewers might find this movie too shocking. 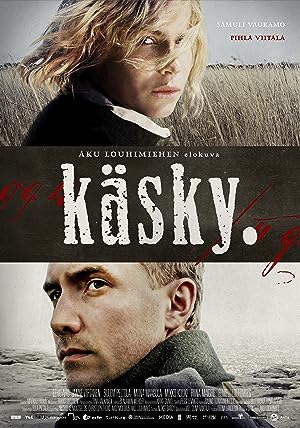