Chacun Sa Nuit explores the carnal interdependencies among a host of characters who live in a town in provincial France. At the center of it all is Pierre (Arthur Dupont), a conceited and vain bisexual musician in his late teens who acts as a magnet, to varying degrees, for a whole array of characters – from his sister, Lucie (Lizzie Brocheré), with whom he has a heated incestuous relationship, to a city councilor with whom he participates in gay orgies. When Pierre turns up dead, Lucie investigates the reasons for his demise and charts the network of sadomasochistic relationships that crisscross the town.

We’re told this was based on a true story. Okay. The potential was there for a truly powerful, shattering film. Well, it isn’t. However, I stayed glued to the screen due to the beauty of the cast. The girl, a throwback to the cookie females of the 60’s and the boys one more cinematic than the other. It is difficult to guess – and why should anyone care – the intention of the filmmakers. An art film this is not and it’s not a commercial venture, not really. If money was their objective they could have gone all the way. No. The film sort of works because one feels titilated by those eyes and those looks. So if their intention was to titillate they succeeded, big time. I wish this story could be re told with the same cast but with a great imaginative, powerful filmmaker at the helm. 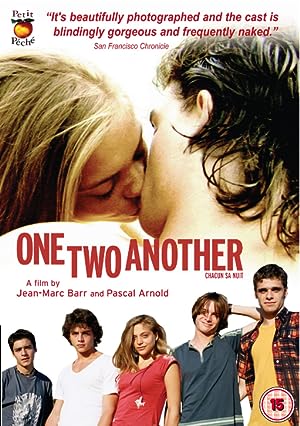 One to Another (2006)
95 min|Drama|20 Sep 2006
5.5Rating: 5.5 / 10 from 1,188 users
Chacun Sa Nuit explores the carnal interdependencies among a host of characters who live in a town in provincial France. At the center of it all is Pierre (Arthur Dupont), a conceited and …
Director: Pascal Arnold, Jean-Marc Barr
Creator: Pascal Arnold
Actors: Lizzie Brocheré, Arthur Dupont, Guillaume Baché, Pierre Perrier