A serial killer is preying on the rich and influential, exposing their sexual proclivities, dismembering them and dumping them and their severed body parts in various locations around Thailand. The police officer on the case is not even close to finding the killer, but given an ultimatum to solve it in 15 days, Papa Chin (Chatchai Plenpanich) turns to the one man he doesn’t want to use — an imprisoned hitman named Tai (Arak Amornsupasiri), who thinks the killer is a friend of his from childhood. Tai let out of prison while his girlfriend Noi is kept under close watch by Chin. Tai heads back to his hometown to search for clues about where his old friend might be. As he recalls his childhood and friendship with the troubled boy Nut, the events of the present day crystallize until Tai is confronted with a shocking reality.

This is the type of movie that is most difficult to give a full review and also cannot say why this movie is good or satisfying. It will become a spoiler for the smart audience. In fact, I find both reviews before me being a spoiler !!

With so many Thai thrillers and horrors recently, I doubt there will be any more new ideas or surprises. I went to see this movie simply out of curiosity; to find out what is the “suprise” this time.

Throughout most of the movie, although I find the camera work and colour scheme quite annoying, it’s good enough to make me carry on without any other complains.

When the movie come to the end, I am very SATISFIED. Sorry, I cannot use any other words to describe it or tell you why in order not to spoil your fun. Just watch it. You will not regret. 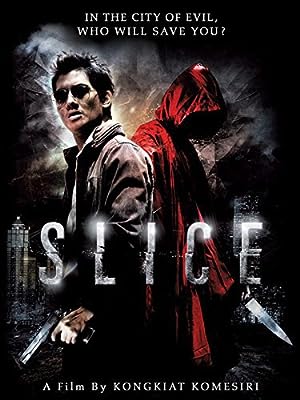 2 reviews for Cheun 2009 with English Subtitles