Children of Darkness 2008 with English Subtitles

This film has depicted one of the darkest themes of human brutality and perversion. A theme highly complex in a film whose length, more than two hours, seems to do it justice. However, more than two hours of this film doesn’t resolve anything it poses as questions. It ends much like where it starts: a state of conundrum. I follow this film faithfully along the long ride, and become quite frustrated at the end. It opens with an evil network in Thailand, the country I myself come from, and no explanation on the why side of the story. Some good characters depicted in this film are naive and ultimately useless. It tells us about how sexually perverse some Japanese and other foreign sex clients can be, and it tells almost nothing about the origin of such evil, especially with that twist at the end. The pace of the film is unnatural, frustrating, and lacking of creativity. There is a great lesson to learn about film making or screen writing: do not introduce so many issues, conflicts, and contradictions and fail to address them at the end or to a point of the viewers’ satisfaction. I feel I have spent so much time and got back very little. With a few characters in both nationals, we should have learned a lot more cross-culturally. The negative feeling a Thai social worker having towards her Japanese colleague, for example, never gets resolved or deepened significantly. The issue is simply left hanging. So are the many more issues and angles presented. This film is one great effort to tackle a very important issue of humanity. This is why it gets my 6. The deducted marks are of a film forgetting to entertain and a script not so well-streamlined and the lack of coherence. 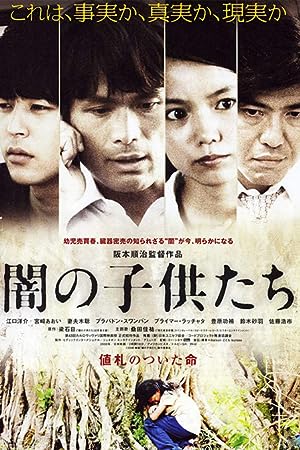 4 reviews for Children of Darkness 2008 with English Subtitles