11 year old Amsterdam schoolboy Ciske, a scamp with a heart of gold, causes havoc in the classroom pouring ink over his teacher. Yet when a polio-crippled boy joins the class Ciske is one of the only children to befriend him and is bullied as a result. His mother works in a bar and Ciske helps out often late into the night – his father is at sea and his mother supplements her income with prostitution. Ciske also smolders with rage at life’s injustices.

There is just something about European movies that makes me watch more of them. My sympathies lies with the main character from the onset of the movie, even though he had a rough start. As the movie unveils you learn to know his character more and more and you realise that there is a whole different side to this poor boy’s life, different from the image you get of him in the first few moments of the story. Most of the acting was good, bearing in mind that there are lots of children in this movie. Most of the acting was moderately convincing too. And a few moments surprised me, as I read the book too long ago that this story is based on and I’m not sure everything happened as it did in the book. It is a relatively long movie and as soon as a movie succeeds in keeping your attention for so long I think it deserves a thumbs up. People who like dramatic stories with children as main characters should love this. The combination of protagonist and quite a number of antagonist roles makes the story-line interesting and if the first few minutes do not bore you (well, not all people are into dramas and older movies), I am sure you will love the movie as much as I did. 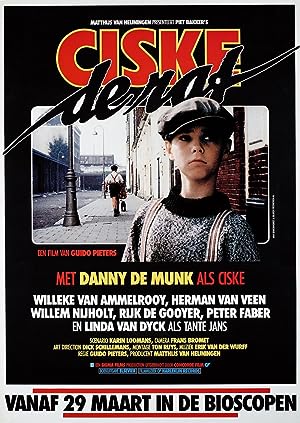