A 40-year-old is hiding in a self-made prison of mundane life. The film opens as he finally becomes resolved to dare gaze at and come to terms with someone’s totally different life. His unthinkable past. He turbulently sheds the cobwebs to find that light and happiness have been awaiting him. And this potentially cold cinematic knock on life’s door becomes a defiantly uplifting work of art.

This is a film that describes a rather common superstition in Iceland. A good portion of the Icelandic people believe in mysterious sort of people that can foresee the future in one way or another. These people get some kind of premonition about harmful events or tragic deaths that are bound to happen. This film is the story of one such individual who is an intelligent loner from childhood and starts to draw odd pictures of people floating out of their houses in their beds. He sees an old woman flying on her broom and later gets acquainted with her since she was just a lonesome grumpy widow that lived close by. The boy grows up and is very peculiar, shown as melancholic and apathetic adult for most parts. He seems to suffer from a “post-traumatic stress syndrome” but still manges to charm his art teacher. The pace of the story is dreadfully slow and affect is gloomy, sometimes totally displaced and mostly boring. For those who believe in such crap as telepathy or mystical gifted persons with pre-disaster premonitions this movie is a godsend. For those skeptics out there who are walking on the earth, and not flying on broomsticks – do not waste your time and money watching this close to intellectually empty film. For those who have not had enough of watching steep Icelandic fjords – take a look and enjoy! Out of respect to some of the fairly good acting and cinematography I give it 5/10 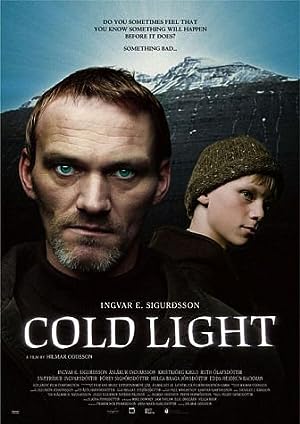