This movie contains three short stories dealing with the theme of homosexuality. In “A Friend of Dorothy”, a woman joins the Navy during the 1950’s and discovers lesbianism. In “Mr. Roberts”, a teacher in a 1970’s classroom struggles with his closeted gay status. Finally in “Amos and Andy”, a father wrestles with his own emotional acceptance of a present day wedding between his son and another man.

This movie is composed of three short stories, all of them about homosexuality and in the small city of Homer. The first on passes in 1954, when a navy officer (the great actress Brittany Murphy) returns to Homer after quitting Navy. When the locals find out that indeed she was expelled from the Navy because of sexual deviation (i.e., lesbianism), she is discriminated and rejected by them. The second one takes place in 1974, and is about a teacher of French, gay not assumed aiming to be the principal of his school, and his best student, who is not secure of his sexual identity. The last one is in 2000 and is about a gay wedding between two successful men. When I watch a movie, I never read anything about it, because I want to have my own opinion. This film was a great surprise for me: its proposal is to show and discuss the prejudice of the society (who shares the common ground) against homosexuals and it is very well presented. The screenplay, performances and direction are superb, but I really would like to highlight the first short story: Brittany Murphy is really a great actress and has an outstanding performance. 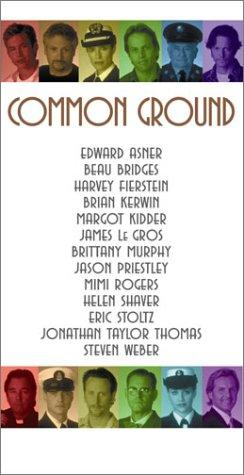