Dissection of Brazilian problems, using six people who meet in a restaurant in São Paulo as models to illustrate political and sociological theses.

The script is very rich, and in this I took intellectual delight. Other reviewers have mentioned poor cinematography. It feels sometimes as though it originated as a play, and in adapting to a screenplay perhaps some elements have been overlooked. Still, I loved what the writer did well: the layering of a lot of history, symbolism, and perspective, the deconstruction of many aspects of Brazilian culture and history. Using several different characters, the writer is able to compose a symphony of dark, cynical, anti-bourgeois sentiment.

As a non- Brazilian, I am sure there are many things I did not understand, as there is a lot of complexity within the script and probably visual and situational representations of which I have no reference point. Yet, as someone who is interested in Brazilian culture and history, this is a piece I will definitely see again, try to absorb more from, and discuss with Brazilians who have seen it as well. 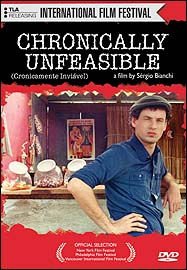