A young hopeful teenager is waiting for his unknown and fantasized father to come out of prison. His family dream life is seriously undermined by an exhausted mother and a man who, after so many years in jail, has become unable to be a responsible father.

I found this film to be very different from the impression I had gotten from pre-release trailers and reviews. I expected Joe (Roy’s character) to be extremely unlikable and the movie to be very dark. To my surprise, this film was very uplifting. The writers gave us an insight to the uphill battle facing Joe once he is released from prison after over 14 years. He cannot read or write, has no job skills, and has a prison record. He loves his wife, but she will have nothing to do with him, other than to encourage him to develop a relationship with his son. She has a relationship with her current boss and wants a divorce from Joe. His son, on the other hand idolizes his father and tries very hard to reconcile his parents. This story is funny, touching, and sexy. In my opinion, Roy Dupuis is perfect in the role of Joe, and the performance of Sabine Timoteo,as his wife, sizzles. The star of the show, Alexandre Etzlinger, as Joe’s son, is convincing, and Ludivine Gschworner who plays his girlfriend is adorable. This is one of the few films I will watch more than once. I highly recommend it. 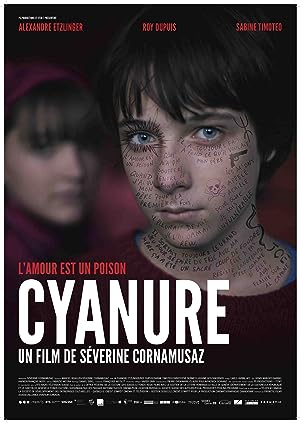 Cyanide (2013)
103 min|Drama, Romance|01 Apr 2013
6.2Rating: 6.2 / 10 from 152 users
A young hopeful teenager is waiting for his unknown and fantasized father to come out of prison. His family dream life is seriously undermined by an exhausted mother and a man who, after so…
Director: Séverine Cornamusaz
Creator: Marcel Beaulieu, Séverine Cornamusaz
Actors: Alexandre Etzlinger, Roy Dupuis, Sabine Timoteo, Christophe Sermet

4 reviews for Cyanure 2013 with English Subtitles