In a dystopia future world we follow a gay couple, Jannis and Patrick, who is filming a secret documentary in a circus.

This film – known as Whispering Moon in English – is the first Austrian film I have ever seen. I thought at first that it was German because of the language – but was surprised as it seemed to be much “lighter” and more fanciful than anything I had ever seen come out of Germany. Now I know why!

It is hard to categorize this film – but “murder mystery” comes close enough. Nevertheless, the entire charm of the film is not really the story, but is much more a question of style. Highly inventive and a visual delight, it keeps you deliciously off-kilter as you try to follow all that is happening on screen… with two languages plus special effects plus subtitles occasionally all happening at the same time. The film is obviously one that could only have been made by computer-savvy technicians – and this is also part of the charm as they let us see some of the tricks they are using as a way to deconstruct things right before our eyes. it is also obviously made by and for people used to multi-tasking and our high-tech modern world.

The story-line is rather weak – but that is even admitted near the end by one of the characters. Since I don’t speak German I cannot really comment on the acting – although personally I found the main players to be rather expressionless and unconvincing. But this really doesn’t matter – one is caught up in the entire deliciousness of the film medium being used to delight us again and again.

I predict that this film, given a bit of a chance and a reasonable distribution at various film- festivals, could eventually become a cult film for various factions of young people today – specifically film buffs and gay audiences. Give it a chance – you’ll probably like it! 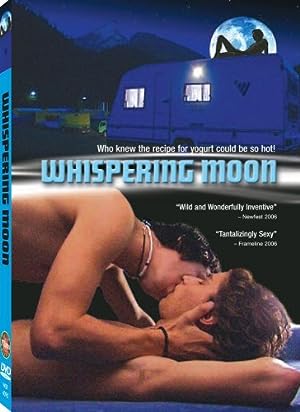