Psychological thriller. For a manipulative childhood friend, a geographer smuggles a suitcase of heroin to an Asian city. The woman he hands the smuggled goods to says, just like him, not to have any experience in the drugs trade. How did these people come to this?

‘De Grot’ is a terrific Dutch thriller, based on the book written by Tim Krabbé. Another of his books, ‘Het Gouden Ei’ was made into the great Dutch mystery thriller called ‘Spoorloos’ (‘The Vanishing’) in 1988. This one is not as good as that thriller (although much better than the American remake also called ‘The Vanishing’) but there are times it comes close.

Especially the opening moments are terrific. We see a man, later we learn his name is Egon Wagter (Fedja van Huêt), coming from a plane in Thailand. When he picks up his bags it is pretty clear that he is smuggling something across the border. These scenes are perfectly directed, photographed and acted. A kind of suspense is created that you would normally not have in an opening scene like this. Later we see how Egon makes his deal in Thailand with a woman, both stating that they have never done anything like this.

From this point the movie is constantly flashback and flash-forward. We see how Egon, still as a child (here played by Erik van der Horst), befriends a guy named Axel (as a kid played by Benja Bruijning). We learn how they grew up as friends, sort of, and how Axel (as an adult played by Marcel Hensema) became a criminal. Egon in the meanwhile goes to college and settles with a woman. Around this time he sometimes meets Axel but does not really want anything to do with him.

The movie is chronological in a way. It shows Egon and Axel as kids, than as students, young adults, and in their mid-thirties. But from time to time, like I said, the movie goes back to when they were kids and jumps forward again. Every time we see them as kids it explains something that happens when they are adults. 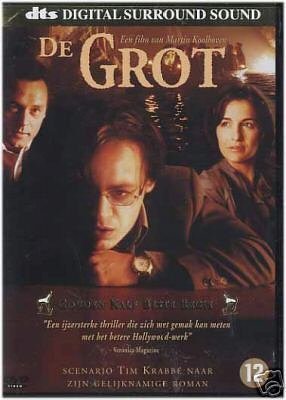