Department Q: The Keeper of Lost Causes 2013 with English Subtitles

Chief detective Carl Mxc3xb8rck and his assistant Assad become involved in a five-year-old case concerning the mystery of politician Merete Lynggaard’s disappearance – a journey that takes them deep into the undercurrent of abuse and malice that lurks beneath the polished surface of Scandinavia.

Slow moving detective movie but I like it like that.No excessive reading of words in another language because the film speaks for itself. The director has created a very entertaining atmosphere. You develop a feel for the investigation. The editing is tight. Nothing is wasted. The homicide detective gets demoted to cold case files. He picks up one that speaks to him. A suicide that after digging does not come close to a suicide and no body. Going deeper in, nothing is easy or as it seems. As you move along the story unfolds in tidbits and gets darker and darker. Man sinks about as low as a human twisted can go. I don’t want to give away any of the ending but with lackluster uncommon in Hollywood style movie making it’s riveting. I enjoyed this gem immensely. 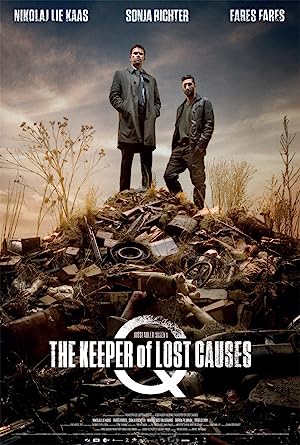 Be the first to review “Department Q: The Keeper of Lost Causes 2013 with English Subtitles” Cancel reply