An English mother and teenage son spend a week in the South of France breaking up a summer home that has become one of the casualties of the boy’s parents’ crumbling marriage. Matters only become more complicated when an enigmatic local boy enters their lives.

This is quite a dreary film, a rather awful way to experience 1 hour and 49 minutes. These get to be rather long minutes, as this is Art Film writ large in all the wrong ways. It is the story of (1) an aging English woman, a mother, who has never found the pulse in life, (2) her adolescent son, somewhat effeminate, who is or aspires to be a writer, and (3) a troubled young French man (or late adolescent) who is living with his aunt in the south of France while his mother is seriously ill back in Paris. The characters all live wooden lives, are walking breathing sacks of misery, and they know it. Apparently, the writer/director thinks that this misery is so precious that the film can stand on it alone; hence, we spend many long moments simply watching faces and postures of these characters while they are feeling crushed by life. Other stretches are considerably more disturbing or cringe-worthy. The only joy in this film is entirely passive: we are provided many opportunities to savor the rather somber beauty of rural Languedoc in autumn. 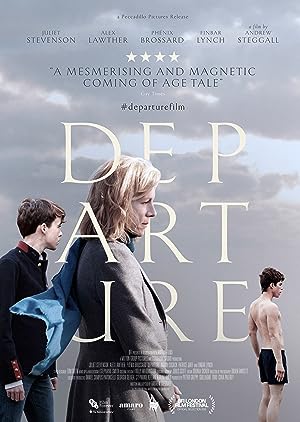 1 review for Departure 2015 with English Subtitles