Kissing seems to be a popular activity in this Swiss epic costume drama based on an 1880 novel. The story begins in Munich with lots of people vigorously kissing in the midst of a bacchanalia carnival. Two men, Lys and Henry are even going at it. Henry, a sensitive artist, is wearing a green suit which symbolizes his jealousy and immaturity. He, angry at Lys for cheating on his fiancee, challenges Lys to a duel upon the morrow. What Henry is really angry at is his own failure to marry his true love. The movie jumps back to Switzerland during Henry’s childhood soon after he lost his father. He wants his mother’s love, but she remains strict and aloof. At school Henry is picked on and it is only when he finds the theater that he meets the beautiful actress Judith. He becomes enamored and forgets all about his love affair with cousin Anna. Time passes quickly and an older Henry returns home to find dear Anna. His attentions are again diverted when the ageless Judith again appears. He does not realize that beloved but unappreciated Anna is soon to die of tuberculosis. Tragedy ensues.

The year is in the 1880’s. The lead character is the naive painter, Henrich. The story is his life and love for Anna, his childhood sweetheart. The ending as always for all artists is tragic. The production values are high and the scenery is magic. Shame about the script. 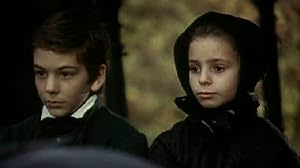