Jasper is this young boy who loses someone close to him. But since this is a light hearted film, there is no real mourning as such, just curiosity, mixed with a little mystery, or Scandinavian Magic Realism Light if I give in to an urge to label this flic. Jasper goes out to research what might have happened to his dear lost family-member. This is very much like a children’s detective-book. There’s some stuff about a cat, and what can happen to you around water etc, but the story line is not very surprising.

Worth mentioning are the limited acting abilities of Benjamin Rothenborg Vibe, which is reflected in his limited subsequent career, the excellent acting of Patrick Ytting, but we have to admit that he has the right face for the bad guy, and the awful casting of Benjamin Rothenborg Vibe opposite of Helle Fagralid: She’s like 2 heads bigger than him, this looks horribly incredible as his love interest! Admittedly, she has more ‘babe’-qualities than Mille Lehfeldt, but Lehfeldt would’ve been better suited as the love interest, same height, same physical development, same hair and skin tone, and, most importantly, NOT FIVE YEARS OLDER!!!! I mean, oh my GOD !!! what were they thinking!?! Sure, Fagralid is rather stunning and looks a lot like Brooke Shields and I like pretty girls as much as anybody else, but she could easily have been his MOTHER instead of his classmate. Last scene, where they kiss, she has nearly to bent double to try to kiss him! Couldn’t anyone have given him a bucket or something?

About the so-called “underage nudity”: Since she was a whopping SEVENTEEN (17!) when the movie was shot, there IS no underage nudity, and if someone wants to bring up Lehfeldt’s upper torso nudity, in the light of the complete and upper absence of girl-parts whatsoever, there’s nothing to discuss either. 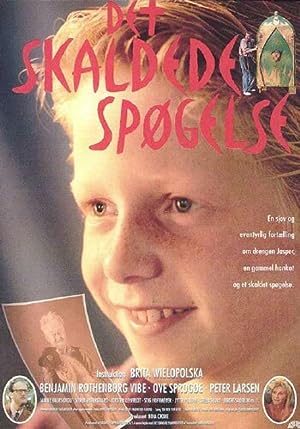