At the end of the seventies, 29-year-old Petra Grust starts her job as a biology teacher at the famous Odenwaldschule. But soon Petra is confronted with the disconcerting reality. Teachers and teachers of the two sexes crawl together in the shower, young pupils drink alcohol and smoke, and a colleague even has a relationship with a minor pupil. Then Petra does a really terrible conclusion.

Petra is drawn to the 13-year-old Frank Hoffmann, who seems disturbed and obviously has problems. She takes care of him, but does not find out what’s wrong with him. Over time she becomes terribly suspicious: she sees a teacher in the woods with a naked boy; she sees Pistorius leave a shower under which a desperate Frank crouches. Petra asks. But her colleagues do not want to know about all this.

Even Frank’s best friend Erik is abused by Pistorius. When he tells his mother about it, he has to leave school and is alleged to have drug possession as a reason. Frank is desperate. When he learns that he should even spend the holidays with Pistorius, he threatens suicide. Petra understands more and more what Pistorius does to him. But Frank’s father Helmut, chairman of the sponsoring association of the school, prefers to believe the seemingly irreproachable headmaster as his son and the young teacher. Petra asks her friend, a journalist, to do research on the famous reform teacher. But against Pistorius’ network of relationships to the highest circles, she is ultimately powerless. The attempt to bring an article about the abuse in the newspaper thus fails in advance. However, Frank’s father finally gets aware of the true problems of his son. He challenges Pistorius and has to hear from him that he has outdated morality. However, Helmut Hoffmann does not allow himself to be “wrapped up” by Pistorius and threatens him with consequences. He then announces his resignation, which is so outrageous to the teachers that they blame Petra for leaving the Odenwaldschool.

Thirty years later, Frank and Petra meet again. She never worked again as a teacher. Frank, like the other traumatized victims of abuse, has not been able to talk about the crime for so long that all acts are barred. But he no longer wants to accept the years of silence of teachers, parents, politicians and institutions. After the suicide of a former classmate, he organizes a hearing and educational event at the Odenwaldschule. Together with other victims he speaks for the first time in public in front of former students and parents. But even here, the allegations against Pistorius at first meet with incomprehension of the audience. Only when the mother of the suicide victim raises the word does the silence of those present break. There are now more former students, who previously sat in silence in the auditorium and confirm that they had been abused by Pistorius and other teachers. They are relieved that they can finally talk about it and be believed

In the credits of the film is reported that from the 1960s to the 1990s at least 132 students were abused at the Odenwald School. None of the perpetrators was convicted for his crimes, because they were barred until they were known. 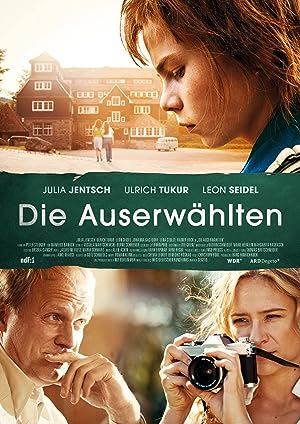