The Wild Bunch junior soccer team wants to play against the national team, but rules stipulate they can’t unless their playing field can provide emergency exits, bathroom facilities, dressing rooms, grand stand seating and security for handling hooligans. Leon leads the team to Maxi’s father’s bank to negotiate the $5000 deal for these improvements. Per the deal they strike, if the Wild Bunch loses in the qualifying game, they agree to dissolve their gang, surrender their playing field, and become Christmas ornament craftsmen; but, if they win, Maxi’s father must join the WIld Bunch and attend all their games. The real worry starts, though, when ace player Vanessa is subsequently lured away by personal attentions from the silky, dreadlocks-adorned leader of a rival skateboarding gang.

Early 2016 I purchased four very low cost DVDs as a speculative purchase. Would they be fun second childhood food or not? One was Mean Girls 2, which I was not expecting much of. However the price was low and I do remember a review that suggested that it was a lot better if one did not expect it to be a true sequel. This is made to very different production values and is much meaner than the original, but that could be the direction rather than the script.

The others were Die Wilden Kerle 1 to 3. The DVD boxes were fully in German, but the distributor was Buena Vista so I assume that there was likely to be an English language alternate soundtrack, or at least subs. The first feature turned out to be German only, but the other two had English subtitles.

If I had read the IMDb reviews before purchase I would have avoided these. As is I found both 2 and 3 to be fairly typical of average quality features for kids. Technically weak but interesting none the less. I accept that such stories often get poor IMDb reviews. Personally, I found these imaginative Wilden stories to be a breath of fresh air.

The second feature involves a feud between a mostly boys sports team and its banker. The story flow is based on a pseudo vampire luring the team’s best player away by careful use of romance, something that the team itself does not have a clue about. A quality story.

The third feature centres on a feud between the team and someone who left them in the early years, friendship destroyed, a different sort of love being central. All good stuff even though the acting feels weak. A nice extra for me is that this is a transgender story.

I was impelled to get the disk of DWK5 and that is up to the same standard. In this the love theme is the bad guy having a type of love that sucks the victim into eternal chains, eternal death. It also does not get good reviews, but some should be able to get a lot of fun out of these stories, despite that.

In comparison, Mean Girls 2 felt weak. It also reminded me of Disney stuff such as Camp Rock 1 and 2, but weaker. I can still find entertainment in Mean Girls 2, though 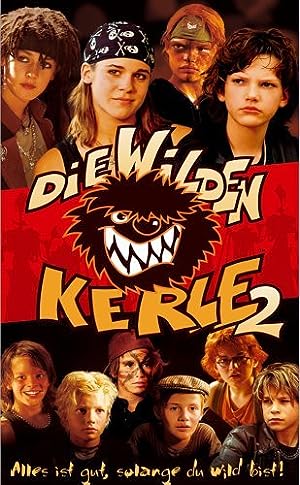