An intense and solitary teenager, Paul finds himself caught up in a journey for freedom, full of violence, betrayal and hope. Abandoned by his father, torn between his mother, with whom he maintains a tender if tormented relationship, and his punk friends, with whom he hangs out at concerts, parties and street fights, he lives fully in the present. At a concert, Paul meets Louise and falls in love. But something is missing, and he continues searching for the father who never recognized him.

Punk portrays the rites of passage from boy to man of Paul (Paul Bartel), a 16-year old boy who lives with his single mother in social housing in a city suburb. His father left his mother a long time ago and Paul has no contact with him. Paul and his mother (Beatrice Dalle) have a fractured relationship; at times close and intimate, sometimes too much so for Paul, and at other points filled with anger and rage.

Paul ingratiates himself with a group of punks and through their life style and music he begins the inevitable process of separating from his mother, attempting to contact his father, losing his virginity and living his rage. The film does not offer any easy resolution: As it ends so too have some of Paul’s endeavours but his story is far from finished.

This is the second film from Jean-Stephane Sauvage; his first being Johnny Mad Dog, a chronicle of boy soldiers in West Africa and made authentic by Sauvage’s use of ex-boy soldiers for the key characters. Johnny Mad Dog was filled with clamour and confusion and so too is Punk at times filled with clamour and confusion. But Punk is more introspective and less emotionally ragged as it focuses on Paul and his internal world. Sauvage once more employs non-actors in Punk; recruiting actual punk kids for this production and inserting his actors into live punk gigs for some scenes. The strength of the film rests with Bartel who delivers an accomplished performance as Paul, which given he was 16 when he played Paul underlines his talent and maturity as an actor in his second feature. Surely one to watch for the future.

The film works because of the strength of performances (from Dalle and Marie-Ange Casta too) and its exuberance. Whilst not ragged in the way that Johnny Mad Dog was, Punk is brash and aims more for authenticity of feeling than slickness of production. Both of Sauvages’s films have an aimlessness about them, which at times is unsatisfying, however, the truth is that much activity in daily life is aimless. If you wish to get close to the experience of a person’s life whether that of a 12-year old boy soldier or a 16-year old punk then this is part of that process. 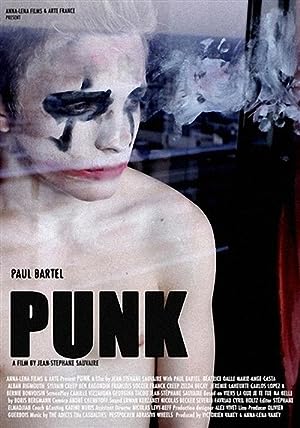