After meeting in a chat room, Fede (22) arrives at a downtown building to have an intimate encounter with a gay couple older than him. As the night unfolds, Fede has an intense and telling experience. The next morning finds him different, as if suddenly he had found a new possible way to love.

So what makes this not as instantly forgettable as countless other gay dating flicks? For one – the characters look and act real. They are attractive but not overly so. They are in shape but have no six packs. Secondly, they are neither angels nor assholes. There is a little bit of drama and insecurity on behalf of the student, but he is not portrayed as a lost soul looking for sex to define his personality. The couple reveal that their relationship has lost a bit of zing after eight years, but they are committed to each other. And third, the three treat each other with interest and respect. All too often a threesome is portrayed as proof of moral duplicity or something seedy. But it is, as sex dates in general, often just another way to get to know people.

So what makes this film quite nice to me is that there is no judgment or exploitation here, just a realistic description of this kind of situation. Of course, if you want something more racy or dramatic, this is not the right film for you. 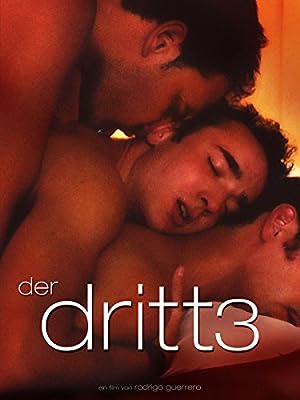 The Third One (2014)
70 min|Drama, Romance|28 Jun 2014
6.0Rating: 6.0 / 10 from 536 users
After meeting in a chat room, Fede (22) arrives at a downtown building to have an intimate encounter with a gay couple older than him. As the night unfolds, Fede has an intense and telling …
Director: Rodrigo Guerrero
Creator: Rodrigo Guerrero (screenplay)
Actors: Carlos Echevarría, Emiliano Dionisi, Nicolás Armengol