Jonas, 16, is experiencing school failure. But for his tennis enthusiast, this is not so serious, since he can devote himself to sport. Unfortunately, he cannot pass the national selection. Turning away from his divorced parents, he finds thirty-year-old Pierre’s support, a friend of his mother. He was touched by his situation, offers help to him. With this privileged connection, he leaves school. Pierre and his companion, Nathalie replace the teachers and the parents. But this education will take a more intimate turn, sex education.

It is rather difficult to separate the presentation from the message, especially when the content of this film is undeniably disturbing (and exceedingly complex), no matter how liberal and open-minded some reviewers may wish to portray themselves. The story, the acting, the directing and the final product are all exceedingly well done, regardless of how one is angered and disturbed by what happens to Jonas, the central character in the film. In fact, the resulting emotional response to it all is testament to how well it was done.

Towards the end of the movie Jonas, the young man who is the central focus of the story, angrily declares to his “mentor” that he has been abused by him. The stark reality of this, while hardly revelatory to the viewer, appears to come as a shock to both the abused and the abuser. In fact, most of the adults in the film have abused him, either actively or through neglect or incompetence or indifference. While the sexual aspect of it is the most glaring and disturbing, it is not the only way in which adults have failed him. At his age, he might be thought of as being on the border between child and young adult, but he is clearly child-like in his emotional development and vulnerabilities.

The title, élève libre, has been translated to “Private Lessons.” A more accurate meaning of the original title would be, in American English at least, an “auditing student” or an “unregistered student,” someone studying outside of the normal student-in-school setting. Because Jonas believes, or has been led to believe, that he has the potential to become a professional tennis player, he has neglected his school work. Since he is already several years older than the other students in his class, his school refuses to allow him to repeat his studies again. They recommend that he enter a vocational school, which Jonas regards as a place for losers. Coincident with this personal trauma, his mediocre performance in tennis means he must face the fact that he will never become a tennis pro.

His core family offers no support for him in his hope to once again prepare for his exams. Enter Didier, Nathalie and Pierre, friends of his mother. Initially they appear to offer Jonas support, both practical and emotional, in his quest to prepare for re-sitting his exams. They, in particular Pierre, take on the role that might better have been played by his family.

At the same time that Jonas is dealing with problems with family, school and tennis, he is trying to understand the mysteries of sex and romance. He has a girlfriend, Delphine. They are both virgins and they begin to explore their sexuality together to their mutual satisfaction, but because of all the other “failures” in his life, Jonas wonders whether he is failing in this too.

At first it seems the trio of adults in his life are also going to provide him with the benefit of their experience and wisdom in matters sexual, but what begins as dinner table conversations offering reassurance and some helpful advice, turns into an increasingly obsessive interest by them in Jonas and his sexual performance. Following their advice and sharing with them the intimacy of his relationship with Delphine eventually, understandably offends Delphine and ruins their relationship. The adults then become sexually involved with Jonas in a way that even the most open-minded person cannot deny is totally exploitative and abusive.

I’ve read some reviews where the writer feels that the story is dragged out excessively by the lengthy conversations between the characters, especially the dinner table discussion between Jonas and the three adults, but these were essential to the development of those characters and the increasingly obsessive, disturbing interest they had in Jonas as someone to exploit for their own pleasure.

This film will undoubtedly disturb or anger or titillate or otherwise provoke an emotional response from viewers. It is certainly not a feel-good experience with a happy ending (although there is a somewhat lame final scene that might be considered a happy ending). That the hetero and homosexual target of the abuse is a beautiful young man rather than a girl will probably be all the more offensive to some. Objectively it can only be considered an excellent production that deals with an unpleasant topic. 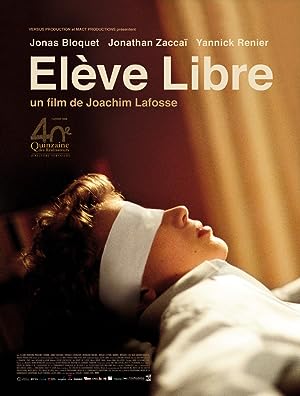