They Returned is a beautifully touching and unnerving story about the unexplained disappearance of three children, two boys and one girl, and their reappearance three days later in a semi-autistic state. Not even the children themselves are able to help anyone understand what happened. No clues or signs are left, other than the fact that, as we discover later, two of them were mutilated. As the police carry out their investigation, and the town slowly sinks into a deep state of suspiciousness, small community of children – classroom colleagues of the missing three – run their own parallel search. Only one person is a potential suspect: the children’s own classroom teacher, recently arrived from another town. He does not help his case when he attempts to make the school psychologist understand that the children were in fact murdered.

This is the sixth movie by fearless director Ivan Noel, and the most extreme. In each of his movies, Ivan explores deeply adult themes from a child’s perspective. In En Tu Ausencia, he examined the idea of emotional need, set against the background of a boy’s burgeoning sexuality. In Vuelve, he considered the idea of unhealthy emotional co-dependency between mother and son, and of stifling jealousy. In this movie, he explores the way that sins of the past can ripple down to the present.

I really wanted to like this movie more than I did, but I felt it was laboured, tried faaar too hard to be meaningful, and went out of its way to clutter the terrain with pointless red herrings.

It had all of the usual Ivan Noel trademarks: mesmerizingly beautiful children, ethereally beautiful landscapes, and a stunningly haunting sound track. These are all good things, yet somehow, they just didn’t come together in Noel’s usually effortless manner. It almost felt, just on occasion, as though he was going through the motions, and ticking the boxes – falling back upon previously successful techniques, but without the heart that made them work before. It feels to me that Noel’s cynicism about his lack of financial recognition from his so-called fans, has infected this movie. My advice to him, would be to create for the pleasure of creating because true genius frequently goes unrewarded. It’s a sad truth.

The movie has the very darkest of themes: the abduction and sexual mutilation of children. It was apparently inspired very loosely by the true story of the Robin Hood Hills murders, in which three 8 year old West Memphis boys were sexually mutilated and murdered. If that IS the case, then the description I just gave is the sum total of the inspiration.

This story gets badly lost in supernaturalism, allusions to Nazis and Mengele experimentation, and more, all in an effort to misdirect you away from the real criminal. It can’t decide if it wants to be a horror, a mystery, a psycho-drama, or something else entirely. There are elements of the Pied Piper of Hamlyn, Dracula, The Walking Dead, Village of the Damned, and other movies all strongly present, yet sadly, these feel as if they are jumbled together in (to quote Star Trek’s Commander Data) “a haphazard melange” that is LESS than the sum of its parts. It feels as though Noel has tried to include TOO many elements.

One of the talents that make Noel’s earlier works so mesmerizing is his leisurely pacing. His movies feel akin to being on a slow moving stream on an Autumn day. There are hints of danger, but these are no frantic rapids, hurtling you towards a predictable conclusion, it’s a turgid, piranha-infested river with far more beneath the deceptively calm surface. Noel’s confidence in this area is perhaps the greatest sign of his mastery of the art of film-making.

With Ellos Volvieron, the back story was told in a series of cut-aways, but all too often, so was the fore story. This gave the impression of a story stuttering spasmodically and disjointedly to a punchline that was far less gratifying (and made far less sense) than his previous movies. There were some interesting devices used, such as Noel’s beautiful and languid music, juxtaposed against frantic, speeded up activity. This created an interesting tension – like watching slow motion clouds to a manic dub-step beat.

Ultimately, Noel tried too hard to imbue EVERY SINGLE SECOND with deep portent or meaning, but simply created a movie that felt like a Wagner opera – overly melodramatic, needlessly surreal, and ultimately unsatisfying.

For all of that, I was glad that I watched the movie, and it’s definitely worth the modest $10 asking price. This is a director who deserves your support, but I hope that in his effort to do the things he does best, his work does not continue to focus on the melodrama, rather than the subtlety.

Even a bad Ivan Noel movie is better than 95% of the best that Hollywood has to offer. 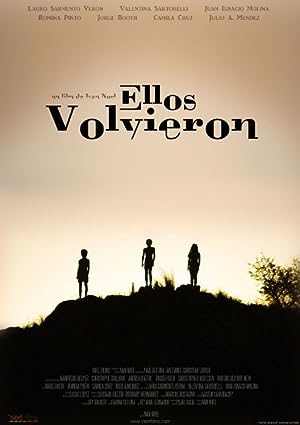