World famous singer-songwriter Thomas Jacob is based in Los Angeles. He is a very successful man who has burned a lot of bridges. He lives and breathes music and very little else. When Thomas travels back to Denmark to record a new album with his regular producer, Molly Moe, his grown-up daughter, Julie, shows up with his 11 year-old grandson, Noa, whom Thomas has never met. Soon – and much against his will – Thomas is forced to take care of Noa. Against all odds the two of them slowly begin to connect through music. Then disaster strikes forcing Thomas to realize, that he now has to make a choice that will change his life forever.

I was waiting for this movie since I watched (with considerable delay) ‘Perfect Sense’ and became a Kim Fupz Aakeson’s fan for life. Finding the present film has not been an easy task by the way.

It’s a very interesting movie, I think that most people will like it and if you are affected by any self destructive tendencies (like myself) or ever felt the pressure of artistic creation, I’m sure that you will appreciate it even more.

It describes in a perfect way the making of thoughts (and of decisions, as my pal Laurukas from Lithuania cleverly states) and builds up believable and interesting characters whose fate you will really care in the end.

I’m sorry for the music and for the songs which frankly are awful (not to mention Mikael Persbrandt singing performances…) but believe me, they do not affect the overall result. 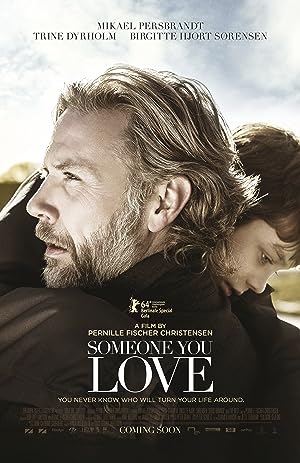