In this movie -after the classical Godfried Bomans novel of the same Dutch title- with musical elements, Erik is a Dutch ten year-old schoolboy who is studying insects at school, and gets shown and explained a bit about them by his kind and knowledgeable nature-loving grandfather, whose country estate is a good place to do so and turns out to have a book on insects, which allows Erik to pass for one night, rather like Alice in Wonderland, as a miniature man among thus giant-looking, talking insects, who discuss their and other species and their lives with him, mainly winged ones, such as bee, fly and wasp.

For the amount of money (E 5 million, with only +- 10% for effects) its fantastic. Some bad acting on the butterflies, but a visual masterpiece for that amount of money. Script could have been better, but I can understand some of the changes in the story. Editing is kind of crap, it looks like somebody needed to get rid of 60 minutes but didn’t know how. Most of the acting is good, and a fantastic voice for the snail “Wij izss hier ze baazs!” van Johnny Kraaykamp Jr. The kid plays OK too. I wonder what the Dutchees will create when they get the chance to make a E 50 million movie. ( And don’t go Ocean Warrior on me ?

Too bad the rainworm doesn’t die in the end. 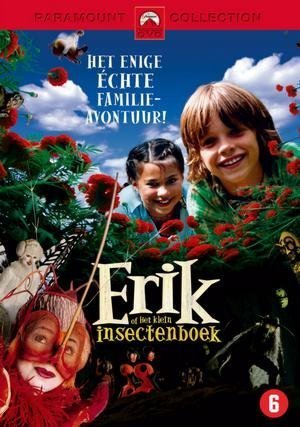