Home » Movies in English » Everything is Free 2017

After making us crack up with sketches like “The Gay Age Gap” and “When gay guys get rejected,” then creating the best damn web series — LGBTQ-themed or otherwise — we’ve ever seen with The Gay and Wondrous Life of Caleb Gallo, writer/actor Brian Jordan Alvarez has set his sights on a feature film. And we are so ready for it.

“I’ve been wanting to make this movie for nine years,” Brian told Queerty. “I actually can’t believe we’ve finally made it. Justin Berns, like an actual act of God, has come into my life with the belief in me to actually get these projects moving (Caleb, now Everything is Free).”

“This is a love story. And it’s a deeply gay story, in that I think this is something that happens to most gay men. You fall in love with a straight boy, and the rest is history. This film is a musing on the times I’ve gone through that. I’ve put the best actors I know in this thing, I scored the film myself. None of the music I wrote is in the trailer, though, it’s just Lana Del Rey — my queen — for days.”

And as if we weren’t already totally sold, he added: “And there may or may not be full frontal nudity in the film. You know what I mean? There is.” 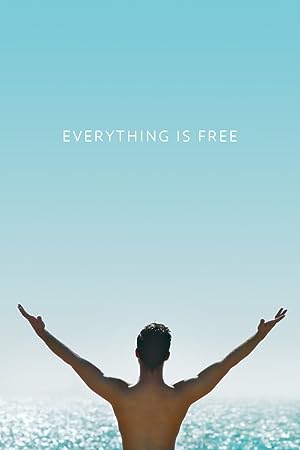 Be the first to review “Everything is Free 2017” Cancel reply