Real life proves just as dramatic off-screen as it does on it for these two actors, the aging Hollywood superstar Gloria Grahame and her younger lover, Peter Turner. As their mismatched romance waxes and wanes over time, events conspire to keep them in each other’s lives even when it proves difficult and demanding. Ultimately, they find that they must each come to terms with whatever fate they face in the future whether they are together or apart.

Annette Bening and Jamie Bell play star-crossed lovers, with the emphasis on ‘star’. Ms Bening is, as ever, excellent, this time playing a real-life Hollywood actress, Gloria Grahame, herself a remarkable and original talent. If this film rekindles interest in Ms Grahame’s formidable back catalogue of performances, that’s no bad thing.

However, FILM STARS…centres on Peter Turner, a jobbing actor whose life takes an unexpected turn when he falls in love with Ms Grahame. As Turner, Jamie Bell, who has developed into an accomplished supporting actor over the years since BILLY ELLIOT, is promoted to leading man. He’s excellent. A revelation. Authoritative, sexy, strong, romantic, vulnerable — you name it, Mr Bell communicates it sincerely, without any sense of artifice. A first-rate performance.

It’s a pity that the film is so hand-me-down in other ways. The everlastingly wonderful Julie Walters does everything possible with the stereotypical Liverpool mum that she’s been provided with, but neither she nor other stalwarts — Kenneth Cranham, Stephen Graham, Frances Barber and even Vanessa Redgrave — can transcend their characters’ functionality. Production values are all over the place (the wigs!), while the decision to use back projection for the scenes in New York and California seems to me to demonstrate the inconsistency at the heart of the director’s approach. Rather than expressing the rosy glow of memory, which I suspect was the justification, these scenes merely look cheap. It might have been wiser to set the whole thing in a studio, as Joe Wright did with his ANNA KARENINA or Baz Lurhmann with his MOULIN ROUGE. Whatever the flaws of those two movies, the overall artistic vision was equal to the project in hand. I don’t think that’s the case here, unfortunately. 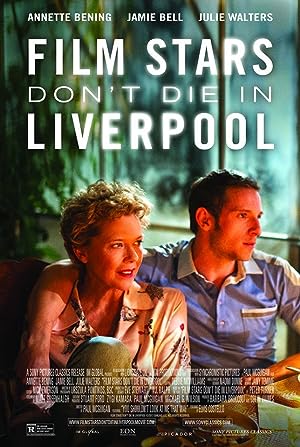