The adult film industry is often portrayed as taking advantage of naive models who are living a desperate life and usually on drugs. This short film by director Matt Lambert shows a very different life. This film shows that some people are happy, healthy, and living a life they want. The film follows five people who work together, for an evening of their own making. They laugh, enjoy themselves, and enjoy each other while conducting themselves as they choose, and not allowing society to dictate how they should conduct their lives.

For Lambert, the inclusion and participation of Pansy Division’s music allowed for a fresh look at a genre he grew up listening to. “Punk can often represent this sort of toxic masculinity that I really don’t believe in,” he said of the genre. “I think in it’s inception, it was a really wonderful, political thing and it definitely morphed into something that was very aggressive and very violent and could oftentimes be homophobic.”

“To be very blunt, there’s definitely a big diversity issue in adult entertainment,” Lambert said. “[Flower] was not nearly as diverse as I would have wanted it to be but, you know, [I was] obviously working with what was available to me. All of [the actors] kind of broke the mold for me of what I would have expected of someone who does X-rated content. It felt like the right time to kind of do something with these guys that was authentic, honest and not contrived.”

The authenticity of their friendship is on full display as the group lounges in bed, use each other’s dicks as musical instruments, and, occasionally, get around to lazily fucking. This dazed, humorous atmosphere wasn’t lost on the boys. “[We] were really just encouraged to have fun and play around with things,” Sean told OUT. “I think what really makes the film something interesting is how it captures those raw, unfiltered, organic moments from the performers.”

The connection Lambert’s five boys shared is one of the most profoundly striking aspects of Flower. As exciting as it may be for some to watch five porn stars fuck each other in the hazy, golden-hued film, the true beauty comes from moments in-between. “The sex part of it was just a supplement to [creating] a beautiful portrait that plays with this ambiguous line of friendship and intimate partners,” Lambert said. “The fucking is cool but, I don’t know… I’ve seen fucking—we’ve all seen fucking. When you think of having been with someone, do you think of a dick sliding in and out of a hole or do you think of those moments before and after that defined who they were? It’s much more about being playful and having a sense of humor and being comfortable towards our bodies and the jokes and absurd commentary that comes with those situations. Those moments are as incredible—and sort of more incredible and more memorable [than sex].”

As much as he wants viewers of the film to focus on this raw, honesty, Lambert’s aware that “people are going to jerk off to this and that’s awesome.” For Lambert, though, every part of the film is an act of resistance against the heteronormative ideals of gay sex in and out of porn. By having five friends lounge around, suck, fuck, and sing together, he’s breaking down the lines between friends and lovers. As he explained of porn’s archaic notions that consume the gay community, “You may dress differently and fuck differently, [but] it’s still filtering your vision of promiscuity and intimacy and monogamy and all these things through a heteronormative lens.”

With the release of Flower, Lambert continues to chip away at the prepackaged, heteronormative principles he’s spent his career fighting against and it’s with this film that he achieves a new level of clarity. While some may spend the film touching themselves and climaxing to the finale scene of the boys lip-syncing to Pansy Division’s song “Flower,” Lambert hopes they’ll finish the film with a newfound appreciation for the “beauty of being sexual.” 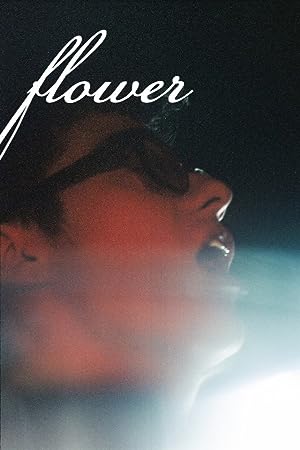 Flower (2017)
17 min|Short|02 Jul 2017
7.1Rating: 7.1 / 10 from 15 users
Five models and friends from Helix Studios are filmed over the course of a real evening being themselves and enjoying each other's company both emotionally and physically.
Director: Matt Lambert
Actors: Blake Mitchell, Sean Ford, Joey Mills, Corbin Colby