Follows the story of teenager Billy Bloom who, despite attending an ultra conservative high school, makes the decision to run for homecoming queen.

So this is the 3rd time this month i write a review where the lead is Alex Lawther ,, i mean before even start talking about the plot and all ,, i’m going to head into the cast , The casting was just amazing , Alex Lawther is a huge star in the making ,, i said it before he reminds me of James Mcavoy , his facial expressions !!! his sense of engagement with the scene .. Of course the other members of the cast were really good,, but man this guy just popped like the freak he wanted us to see.

Back to the plot ,, it is partially original ,, southern high school drama dealing with the new coming glamours/fabulous student who wants to challenge everybody by nominating himself for homecoming queen and in the background dealing with his family issues and conflicts,, although the story is not 100% genuine it has an original execution.. even the comedy was stable quick and original which i think made the whole movie look fresh. 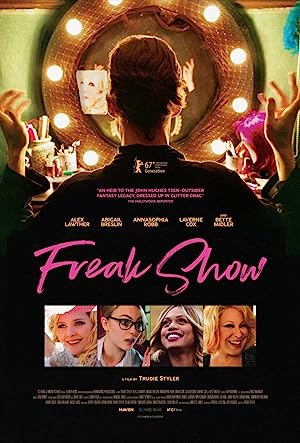 Be the first to review “Freak Show 2017” Cancel reply