A group of children, in a depressed small town, band together to cover up a tragic mistake one summer.

After only writing a few reviews, I promised myself I would not give a film a perfect score too easily, but I cannnot resist. George Washington is truly astonishing and touching piece of cinema. Some people have called one of the best films of the new decade. This is definitely not too far from the truth. As the summary had said it is told very deceptively but we do not know the director has up his sleeve both plot wise and emotionally.

One of the best things about this film is its realism. David Gordon Green captured the essence of how kids today speak. Often we find in the usual “tween” movies that the young kids speak perfect English, always have good posture, speak with a clear voice, and have a wide vocabulary. I sound like one of my teachers. In the real world, this is not how kids actually talk and Mr. Green should be commended for bringing this to the masses.

As many people know, this film has great cinematography and the location is an area rarely seen in movies today. It even rivals Malick’s. The opening scenes in particular have great cinematography. They are a hook to the viewers that enchants them to keep watching. The sub-satisfactory location is turned into a beautiful not quite urban or rural town of mystery and intrigue.

Yes, I will say it. This film is very moving. I know I will sound like a sap but it is moving in the true sense of the word. It is never overly sentimental or sappy. It feels so genuine. Few films recently have been so affecting on this level. The film has a very provocative take on redemption I like how the director used amateurs to add even more realism to the movie. The acting was pretty good, too. Stay clear if this movie if you do not have a good attention span (most reviewers are complaining about this). It is drawn out but oh so rewarding. Highly recommended. 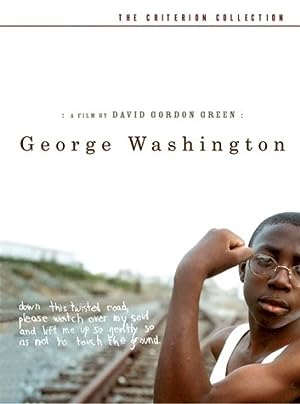