The story of an adult and a teenage couple during a brief summer holiday by the sea. While Nic’s parents remain trapped in a precarious mutual dependency despite repeated attempts at reconciliation, their 12-year-old son tries to come to terms with his father’s traumatizing violent outbursts in games with other children. He tries to teach Marie, who is of his age and suffers from her own relationship with her father, to feel nothing. In fact, both of them are transformed by their experience of the joys and pains of first love. A film about the first steps towards a life of one’s own.

A camping in the Tuscany shore is the setting of this tightly constructed dramatic comedy. As families gather near the sea in their tents, the children will look to bond with their peers. Nic and Agostino, two city brothers, start their vacation with a sour note as they make fun of a couple of girls and a Chinese kid, who is playing with them. Nic is going through a rough time with his father, a man who is facing a tough economic situation, venting his anger on his long suffering wife, Adriana, whom he beats up repeatedly in front of his two sons. They cringe in fear of the brute father.

The animosity Nic caused the two sisters, suddenly changes as the kids become fast friends. The discovery of a shed near a corn field is the center for the children playing. Their games take a perverse turn, cause in part by what Nic is feeling and because the older girl Marie is suffering. Her mother will not tell her about an absent father she is hoping to meet while on vacation in Italy. Marie discovers the possibility of finding her dad in nearby Porto Santo Stefano, which is on the coast near the camping. Marie is not ready for the terrible secret behind her parents failed marriage.

Nic, who presents a stoic front, making him a tough boy, is a deeply wounded young boy. Watching the abuse his own mother is experiencing, makes him present a different attitude to the situation he is living. As with all vacations, summer draws to an end, leaving Nic, grieving secretly. Marie also has to accept a reality she did not expect. The experience has toughen both young people as they discover their weak sides.

Rolando Colla, the director, clearly demonstrates he understands what make these seemingly happy kids tick. The actions of their older parents resonate deeply within their young hearts. Nic suffering from being helpless to aid his own mother against the blows of his father’s fists. Marie, on the other hand, has to deal with wanting to find an absent father,who ironically, is so near,and yet so remote. To his credit, Mr. Colla shows an uncanny sense on how to get extraordinary performances from unprofessional young actors. Armando Condolucci and Fiorella Campanella, playing Nic and Marie give life into them in unimaginable ways. 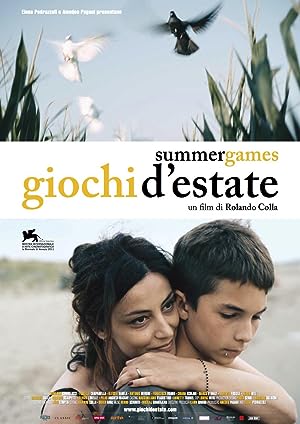