Two brothers reconnect after the death of their parents.

Thoroughly enjoyed this movie, but it was solely because of the performances of several of the actors. The script had some holes in it that could easily have been filled, and the pacing was DEADLY SLOW! About 15 minutes in, I realized it was a directorial choice, NOT a deficiency on the part of the actors. By picking up the pace, the movie could have been so much better. But, I got the feeling that the writer/director slowed the pace to fill the 90 minute run time. A much better choice would have been to flesh out the character of the Uncle, or the location of the gym (where Nate and Trent are personal trainers).

Without giving away too much of the plot, the two main actors – Craig Jordan and Michael E. Pitts – play brothers who are much more than that. Told in partial flashback, their relationship is the central plot point. Both turn in good performances, but Craig Jordan as Nate is the most redeeming feature of the movie. His performance is nuanced and never crosses the line into pathos. The last 10 minutes of the movie are basically his, and while the final twist did not come as a surprise, I did find my heart pounding, waiting until the denouement. That is a tribute to his performance and his skill as an actor. I look forward to seeing much more of him (as an actor – he shows all there is to show in this film, but it is not gratuitous and central to the plot).

Also worthy of mention are Garrett Young as Trent, and Michelle Gallagher and Joseph Aloysius McGinn as the mother and father. Michael E. Pitts as Nate’s brother, Steven and Jefferson Rogers as Ray (and two other sides of the triangle) are natural in their roles, and completely believable. But without Jordan’s performance, there is no movie. 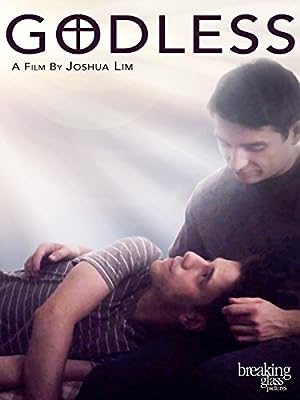 Be the first to review “Godless 2015” Cancel reply