A 16-year-old girl and her extended family are left reeling after her calculating grandmother unveils an array of secrets on her deathbed.

As a movie buff, I’ve seen Joey King around enough to know who she was before walking into this movie. But THIS role was seemingly made for her. From beginning to end, she did a phenomenal job…. effortlessly portraying Jamie…. a 16y/o girl whose rather blunt… (or RUDE – depending on how you look at it) grandmother revealed quite a few “family secrets” on her deathbed. A couple of which sent this otherwise normal family spinning out of control.

Various coming of age themes were explored (love, loss, virginity, sex positivity, friendship, growth, overcoming fears, fights with parents & friends, unforgettable summers, etc) with just a little more bluntness and vulgarity than you might be used to… particularly coming from a female protagonist (this was a good thing… trust me).

The entire cast was awesome… they had great chemistry and there were several scenes that you could tell they had a lot of fun filming together. This was a great coming of age film that I enjoyed much more than I could’ve possibly imagined. Great job to writer/director Becca Gleason… she nailed this one! 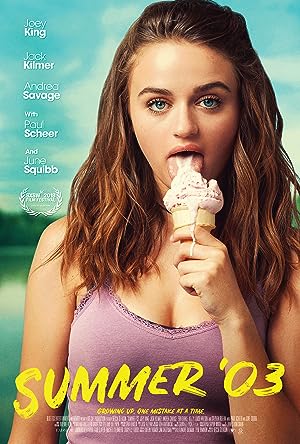