Two documentary filmmakers go back in time to the pre-Civil War American South, to film the slave trade.

Anyone thinking of checking this film out: be warned, words can not express what an awesomely brutal experience it is to sit through. I’m a big fan of horror films, but nothing I ever saw came close to the feeling of revulsion this 30 plus year old film gave me. Trust me, you will have to use the fast forward button on your remote control several times sitting through this one.

A group of Italian journalists goes back in time to America during the time of slavery and documents what they see. The viewer is spared no amount of detail as we are shown what it was like to travel aboard a slave ship, be sold in market as common livestock, be raped, tortured hunted and killed, and basically denied even the slightest bit of human empathy or compassion at every turn.

While Roots covered the same subject matter a whole lot better, it came nowhere near delivering the visceral reaction of this film. For that reason, I recommend people watch Goodbye Uncle Tom. While by no means a great film, if society is truly never to forget the injustices and wrongs of the past, work like this is necessary viewing. 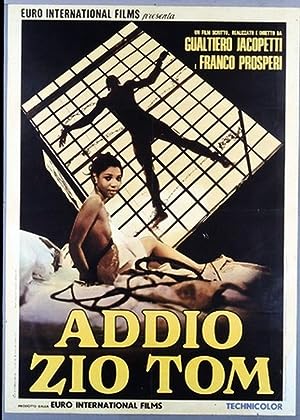