Kim Mun-hee is a 32 year old divorced woman. She eventually engages in an affair with 19 year old Seo-hyun, who considers Kim to be his first love. However, according to Korean law, when it comes to sex, you are not of full age until 20. Kim is arrested and has to spend a few days in prison for seduction of minors, before she is set free and sentenced to do some hours of community service. After being released, the press and Seo-hyun wait for her outside of the prison. Mun-hee and Seo-hyun rent a room and stay there for some time, where they spend almost all of their time having sex. Mun-hee slowly starts to understand that this kind of relationship won’t work forever, and wants to split up with Seo-hyun. But the boy insists that he really loves her, and that he won’t let her go. The two find shelter at the home of a friend of Mun-hee, Jane

After witnessing Cheol-su Park’s few intriguing cinematic jolts, I knew this film would at least be as fascinating as his other work, even if not easily and visually digestible to a human eye.

It starts out with the release of the woman convicted of having sex with a minor. After a little heckle from the reporters the young man approaches and we see their long awaited reunion and their total carelessness toward the swarming of the press.

The remainder of the film showcases their insatiable lust for sex, Hyun’s Iron Chef-like cooking abilities and Mun-hee’s new duty as a social worker in a mental house for elders. They also have few struggles and debates regarding their future but instead of drilling us with heavy sentimentality they make everything work with simple humor and their natural chemistry. My only complaint is that perhaps they could have showed us how they actually hit it off, but I guess that’s already obvious and would only prolong the good pacing of the film.

There are moments when you are about to rule out the believability of a certain situation, but just as you might, the director reveals it to be an imagination sequence, which really helps the film to highlight the realistic modesty of their unique relationship. The final scene in particular was a very refreshing way to a end a film which could have gone into many different directions. It’s not completely conclusive and satisfying, but it’s neither frustrating, forced nor depressing, which is why I ultimately enjoyed this film, because that’s just how life is sometimes.

I only wish that Lifetime movies dealing with forbidden sex were this insightful and stimulating, but that would be like wishing for Hollywood to stop remaking Asian films. 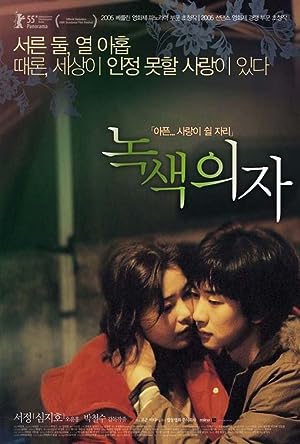