Eight year-old Hamid learns that 786 is God’s number and decides to try and reach out to God, by dialing this number. He wants to talk to his father, who his mother tells him has gone to Allah. One fine day the phone call is answered.

Hamid is set up as the tender story of a Kashmiri boy who learns that 786 is God’s number and decides to ask for his help in bringing home his missing father.

He reaches a CRPF Jawan instead, who pretends to be God and plays along, and an interesting friendship ensues.

‘Hamid’ is a beautiful portrayal of loss, love and longing in one of the world’s most troubled and militarised zones, Kashmir.

Rehmat (Sumit Kaul) is missing, who is father to seven-year-old Hamid (Talha Arshad Reshi) and husband to Ishrat. While Ishrat tries to find her husband, like how thousands of Kashmiri women do; by going to the police and later to the morgue, little Hamid has his own, brilliant way. He calls God directly and inquires his father’s whereabouts.

Where does he get the number from, you ask? Well, everyone knows Allah’s number is 786! He figures out a way to dial Allah, and the call is routed to a CRPF Jawan, who gets involved in the boy’s life.

With this simple story, filmmaker tells a thousand tales and conveys a thousand emotions. You are with Hamid when he misses his father. You can see how little Hamid’s mother ignores him, as she is shackled by her own grief.

You can see the self-destructive relationship between the forces and the stone-pelters and feel how both are injured in the process of opposing each other.

Movie captures Kashmir like no other film has before. It captures the broken beauty of its bylanes and crumbling hills. It captures the sadness and the hopes of Kashmiris, which we haven’t seen before.

So, if you need a reality check and want to know just what millions of Kashmiris go through each day, go and watch this wonderful little film in theatres. 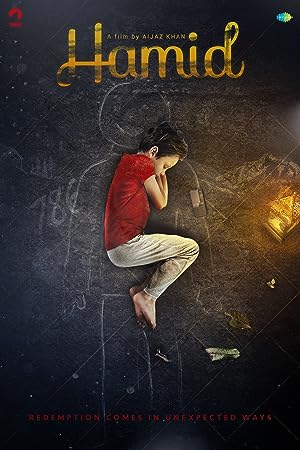 Hamid (2018)
N/A|Drama|N/A
Rating:
Eight year-old Hamid learns that 786 is God's number and decides to try and reach out to God, by dialing this number. He wants to talk to his father, who his mother tells him has gone to Allah. One fine day the phone call is answered.
Director: Aijaz Khan
Creator: Ravinder Radhva
Actors: Talha Arshad Reshi, Vikas Kumar, Rasika Dugal, Sumit Kaul