Home » Non-English with Subtitles » Happy Together 1997 with English Subtitles

Happy Together 1997 with English Subtitles

Yiu-Fai and Po-Wing arrive in Argentina from Hong Kong and take to the road for a holiday. Something is wrong and their relationship goes adrift. A disillusioned Yiu-Fai starts working at a tango bar to save up for his trip home. When a beaten and bruised Po-Wing reappears, Yiu-Fai is empathetic but is unable to enter a more intimate relationship. After all, Po-Wing is not ready to settle down. Yiu-Fai now works in a Chinese restaurant and meets the youthful Chang from Taiwan. Yiu-Fai’s life takes on a new spin, while Po-Wing’s life shatters continually in contrast.

Something of an obvious precursor to the subsequent masterpiece In the Mood for Love (2000); Happy Together (1997) is a tragic love story by way of recollection. If you’re at all familiar with the work of director Wong Kar-Wai – from his breakthrough film Days of Being Wild (1991), to his more recent masterwork, the unsung 2046 (2004) – then you’ll be accustomed to his personal approach to cinema; from that continually drifting sense of quiet melancholy and disconnected ennui – all captured by a roving camera that conspires to alienate characters from one another by intrusive shot composition and naturalist production design – and a beguiling approach to the concept of time continually abstracted in order to create drama from moments of fond reminisce. Once again, the feeling expressed in Happy Together is that of loneliness and despair, as characters drift spectre-like through desolate cities attempting to cling to moments and memories as if gasping for their final breath; and all the while distorted by a frequently hypnotic approach to music, structure, pace and cinematography.

If the film lacks the sophistication of the aforementioned In the Mood for Love, it is only because the process of refinement has replaced the edginess and earthiness of this film, with a studied, technical grandeur and ornate beauty that is really quite transcendent. Nonetheless, the style and tone of Happy Together fits the mood of the film perfectly; capturing the feckless uncertainly of the character’s lives – both together and apart – and concurrently suggesting the idea of memory and repetition that plays an important role in the way the narrative ultimately plays out. The first viewing might very well be confusing, with scenes occurring that seem to simultaneously represent both the past and the present, and with information presented in a series of incredibly quick cuts, disconnected voice-over and a continually jarring cross-cutting back and forth between lurid colour and an oddly tinted monochrome, which seems to work on an emotional level, as opposed to any kind of narrative convention.

That said, the grittiness of the film suggests an uncompromising and starkly unconventional beauty in keeping with the film’s central relationship; with the violent and volatile shifts in stock capturing the same unpredictable impulses and urges of the central characters as they fight, break-up, reconcile and drift apart against a rolling backdrop of exotic and atmospheric locations. The use of Buenos Aires as the central setting adds texture to the film, and the vibrant way in which the director captures the strange, mysterious and nocturnal atmosphere of the city is evocative to say the least. Here, the rhythm of the film becomes tuned to that of the Argentine tango that swirls through the bar where the characters rediscover one another; with the staccato rhythms of the movement underscored by the sad reflections of the accordion music and the stampeding percussion of feet against floors, combined with continual hints of tortured romanticism – touching without feeling, sensing without sensuality, etc – that are so central to these characters and the odd situation they find themselves in.

The location also ties in with the filmmaker’s fondness for the work of author Manuel Puig; whose style of writing has some influence on the tone and languid energy of the film in question, with Wong and his crew

certain unspoken facets of this relationship through framing, movement, colour and rhythm. The fact that the film focuses on a homosexual relationship is ultimately secondary. As is often the case with Wong Kar-Wai, the film is about that urge and desire to belong to something
*or someone – and the pursuit of an unrequited love that is powerful

enough to drive you to the end of the world. We see these themes repeated again and again, from the inter-linked meta-romance of Days of Being Wild, In the Mood for Love and 2046, to the brilliance of Chungking Express (1994). Through the jarring nature of the relationship between the reckless and subtly abusive Ho Po-Wing and the more sensitive and brooding Lai Yiu-fai, Wong is able to express a series of thoughts and ruminations of the notions of love in a way that is intelligent, but always easy to identify with, regardless of gender or sexuality.

Later in the film, the director expresses slightly more profound feelings through the friendship of Lai Yiu-fai and the young runaway Chang. Here, we see a mutual respect and unspoken love that goes beyond sex and sexuality; creating a pure statement on the notion of love and the desire to belong to someone or something, within a certain time or place. A love so great that the person would be willing to carry your own sadness to the end of the world, to lessen the burdens of life and open the door to a new beginning free of difficulties and strife. There are deeper themes expressed throughout – too many to go into in this review – nonetheless, the film is understated and brimming with emotion; in keeping with the director’s more iconic or well-regarded films, such as the ones aforementioned, and continuing a number of important themes and motifs that are both thought-provoking and affecting. The film also benefits from the fine performances of the three lead actors, stunning locations, cinematography, great atmosphere, mood and spirit; and an overall approach to cinema that is poetic, to say the least. 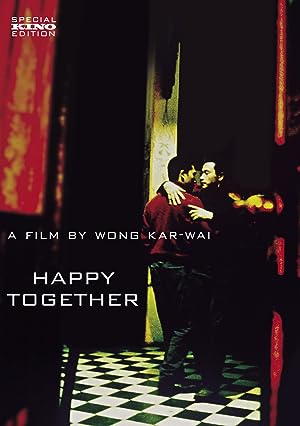