While facing criminal charges, Pedro must grapple with his sister’s sudden decision to move away and leave him behind. Alone in the darkness of his bedroom, he dances covered in neon paint, while thousands of strangers watch him via webcam.

Pedro is socially awkward and friendless, and has been kicked out of school and faces criminal charges for attacking a schoolmate who bullied him. HIs sister gets a job transfer to the far side of Brazil, leaving him to pay the rent on their shared apartment – and the fine for noise from sister’s farewell party.

Pedro has been making money off weekly internet shows, where as Neonboy he strips down and fondles himself with glow-in-the-dark paints. He finds that Boy25 (Leo) has been copying his technique, and finds him to warn him off. A one-night-only duet is popular and becomes regular, and they fall in love. With this parents dead or missing, Pedro is desperate enough to ask Leo to be his “family support” when he goes to court. But Leo is a dancer who is looking for a scholarship to study with / join a better company elsewhere.

I saw this at the Inside Out festival, where the directors stated the theme is people leaving – in a smaller city, many people leave for opportunities in larger cities or abroad. Overall the movie is good, though there are parts that have overly dramatic effects. 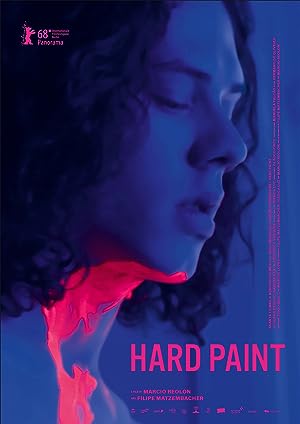