Home » Non-English with Subtitles » The Gigolo 2015 with English Subtitles

The Gigolo 2015 with English Subtitles

The life of a Hong Kong gigolo named Fung, who started with nothing and now has everything.

The Gigolo opens with a fleeting glimpse of a massive prosthetic penis, so obviously this shouldn’t be your destination if you’re seeking cinematic class. Likewise, if you’re looking for a serious examination of male prostitution, this Category III drama shouldn’t be shortlisted. Despite offering a lead character who earnestly questions his place in the sex trade, The Gigolo is merely a variation on male fantasy fodder like early nineties films Gigolo and Whore or Hong Kong Gigolo – both of which actually get name dropped by a character named Abson, the “King of the Gigolos”, as required viewing for understanding the trade. The fact that Abson is played by former Category III regular Pal Sin makes that particular moment in The Gigolo doubly meta but that’s very nearly the extent of the film’s cleverness. This is merely old tropes given new style – early nineties sleaze dressed up with flashy Lan Kwai Fong club beats and male eyeliner. You know what this movie is, so don’t expect anything else. 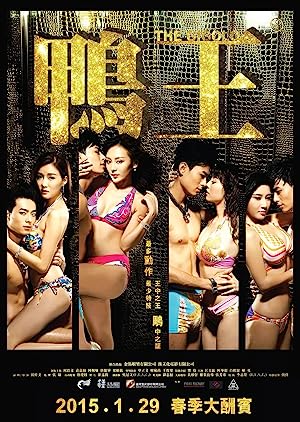 1 review for The Gigolo 2015 with English Subtitles