Aslan is a 13-year-old loner who lives with his grandmother on a farm somewhere on the steppes of Kazakhstan. When he goes to school, he becomes the victim of bullying by the local thug Bolat. Shy and taciturn Aslan, supported by the relentless new student Mirsayin, starts to seek cruel revenge on the bully.

Every movie can be interpreted as to having some sort of allegories to one thing or another. This movie might have a more obvious approach and comparability than others. The beginning itself that turns from playful to violent in an instant is just one of those cases. And while some people might be unnerved just by that, there are other things to come (that might be defined as more cruel).

Society rules and dictates how we live. Even if we rebel against it. If it pushes us down too hard, some will obviously react and try to oppose that force. The movie tries and mostly succeeds in showing that. It still never felt as compelling as it could be. Maybe that is me, because the movie did actually win at the Berlin International Festival. So while I thought the movie was well executed and played (considering the circumstances and the genre that is), I wouldn’t have put it in the winning category 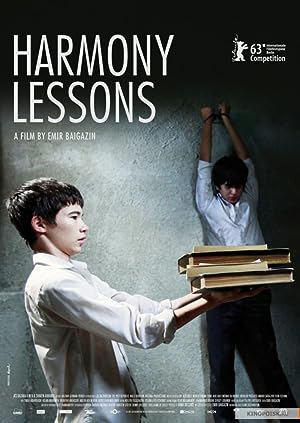