Harry is a 23-year-old former boy band idol who is watching his younger brother Max, 16, follow in his footsteps. Harry has detoured on his way to a Japanese concert tour to escort Max on a long-promised camping adventure. Their trip begins on a note of camaraderie but quickly turns serious as old wounds resurface, forcing them to come to terms with their dysfunctional past–Harry’s drinking problems, his disconnection from the family, and, most of all, his relationship with Max and the emotional dependency that keeps them from moving into adulthood.

This film is about the ambiguous relationship of two brothers who are both pop stars.

My impression of this very low budget movie is that it is trying to explore a taboo area, but it does not quite succeed. First, the film focuses too much on just Harry and Max. It looks as if the whole film has only two actors (possibly because of the low budget). The plot could have been great, but it is not so well written and not developed enough. I think they could have spent more time developing the plot, and expanded on details. Harry is good is his role, but Max is a little wooden. After watching this film, I feel that there are pieces of the film missing, and I do not feel satisfied.

This film is like the other Cole Williams film “Race You To The Bottom”, in the sense that they are low budget films involving controversial relationships between two lead characters. I can safely say that “Harry And Max” is the better one of the two though. 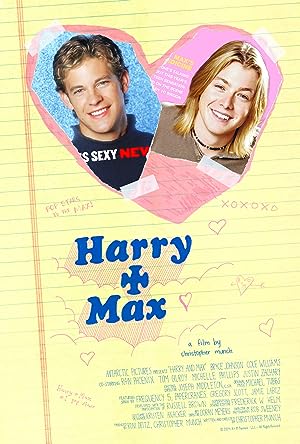