A late bloomer, 15-year-old Flo experiences his sexual awakening, relentlessly targeting his gorgeous classmate Leonie. Flos friends eagerly try to help him out. The only problem may be Leonies boyfriend.

Indeed, perhaps the German version of American Pie. Same kind of confused, inexperienced guy likes certain experienced girl etc. Has a few friends who want to help out. Gets himself into a few ‘laughable’ situations. Thats where the similarity ends.

This film simply doesn’t have the well-written edge and performances that American Pie does. You really feel for Jason Biggs, but certainly not for this guy. At 15, you also know he’s not going to get some anyway. So where exactly is this going? It’s highly predictable and there’s no real character development here. As for his talking Johnson – well, what’s the point of that?

The film desperately wants to be American. With the exception of the few buildings you actually see, you’d hardly know this was in Germany. (Plus the fact that the dubbed version uses American accents.)

As for the girl he ends up with? No way. Why why why?

I watched the English dubbed version, so I suspect some things may have been lost in translation. This however does not make up for an essentially dull and predicable story.

A few comments here are saying this film is good. I see they’re all German/Hungarian. It’s nice to be patriotic and support your own films, but seriously – if you’ve seen American Pie – give this a miss. 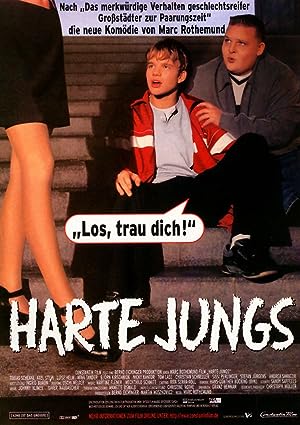