Heli, a factory worker in rural Mexico must try and protect his young family when his 12 year old sister inadvertently involves them in the brutal drug world when she agrees to look after some cocaine found by her older boyfriend. When the drug cartel want their drugs back they go after the boyfriend and Heli’s young family.

A newly married couple struggles to make a living in an arid landscape and cinder block home with barred windows. A violent culture of drugs and illicit sex simmers beneath the surface of their surroundings and lives. As do hidden psychological wounds, meddlesome bureaucrats and unfeeling, brutal thugs for cops. They are at pains to see it, yet the couple’s meager existence is belied by other family members, chirping cactus wrens and Gambel’s quail, friendly little dogs, and love. The forces of light and darkness lock in a vicious battle for supremacy in this family’s life. Before the film began a woman from the area of Mexico where this story is set, testified that the film is true to the way things really are. Non-professional actors carry the weight of portraying the story and do so in a compelling way. Certainly this is one of the reasons why this film won the “best director” prize at Cannes. Other reasons include beautiful cinematography and an enthralling story. This is not a film for the squeamish. The story moves slowly yet, as with the setting sun, this does not detract from its beauty. 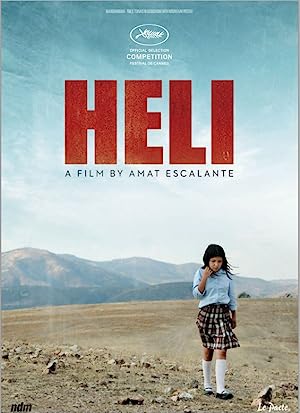 1 review for Heli 2013 with English Subtitles