A multi-racial family made up of husband, wife, three adopted children from Somalia, Vietnam and Colombia and one biological child, find their bonds tested when one of the children begins seeing things which the rest cannot.

I normally don’t watch series with less than 8 stars on IMDB because I usually find it to be the most accurate site for averages. Having listened to Tim Robbins on the Nerdist Podcast however, I thought Here and Now sounded intriguing.

The Pilot had everything that Six Feet under had. It has great characters who are already being fleshed out in just a single episode and the story is something that I am already hooked by.

I don’t usually leave reviews but the users of IMDB who were so quick to come on here and slate it (some after only watching 20 minutes of it) made me feel that the program was made more because of them and not for them.

This is a worrying time when so many people feel they can spew hatred simply because there are gay people in a TV show. Ironically, I am pretty sure that the series will tackle these issues head on. Its just a shame that so many feel emboldened to share homophobic and vile views when all this is trying to represent is life.

The funny thing is that one of the adopted children had a good conversation about how they were adopted so their parents could show how progressive they were.

In an age of binge watching shows, this is one that I will be happy to wait each week for. 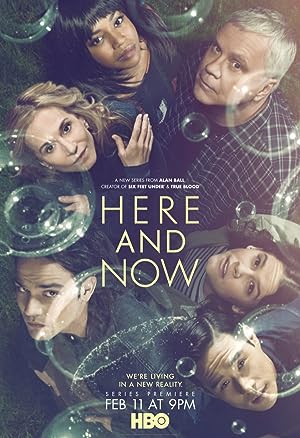