Life is good for Nino van Doorn (8). He has a terrific brother Lucas (14), wise father Bruno and an angel of a mother, Marla. When Marla dies, Bruno can’t cope with her death. Also the values like order, responsibility, love and care they represented. The two brothers create their own world. But soon the anarchistic world is threatened by the outside world. The two brothers are prepared to fool the system but what happens is that they really become a family again.

I cannot conceive of any country other than the Netherlands who could make a film such as this. The plot, that of a child’s and parent/family’s recovery from a tragedy mirrors other Dutch films such as Finn and Kauwboy. Where this film differs from the latter is in its humour: The best lines are given to Bobby, a talking rabbit. And the film is funny. In a way it has to be; without it the film would be unbearable. We have a child under ten who has lost the very people he loved most in the world. Hence the talking rabbit, horse, dog and birds. Perhaps the best scene in the film is when Nino is no longer able to communicate with Bobby the rabbit. His mother is dead but now he has both his brother and his father back. The film ends on a high note with Nino celebrating his birthday, just as the film began, full circle. It’s a good film, see it if you get the chance. 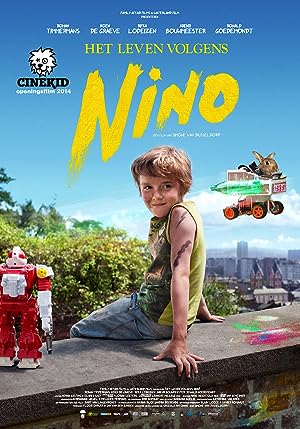